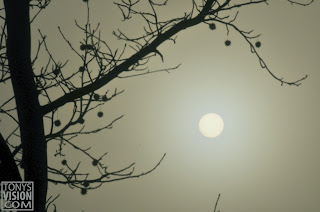 Wonderful drippy, mysterious, fog in the morning. Familiar shapes are both subdued and enhanced. Coffee time is a bit cozier, and the birds seem to appreciate the feeders a bit more. Morning is focused on the day job and paying bills. Then the sun, low winter sun as it is, calls me out. Magic light all afternoon, green stuff, and wonder of wonders, the narcissus that have gone feral at the long abandoned Knickerbocker homestead are already beginning to bloom. I wonder what February will bring. 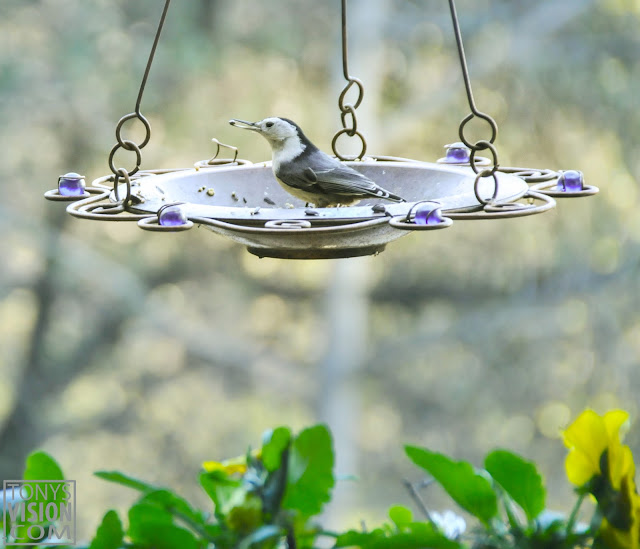 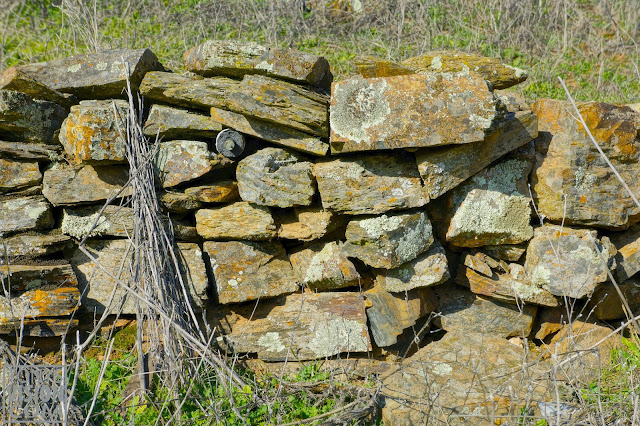 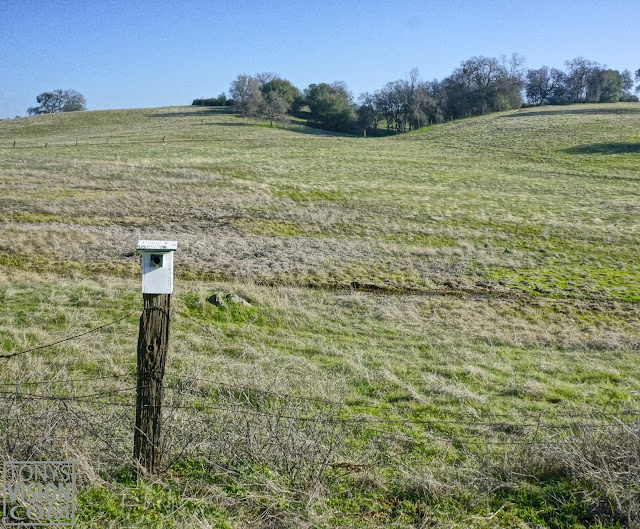 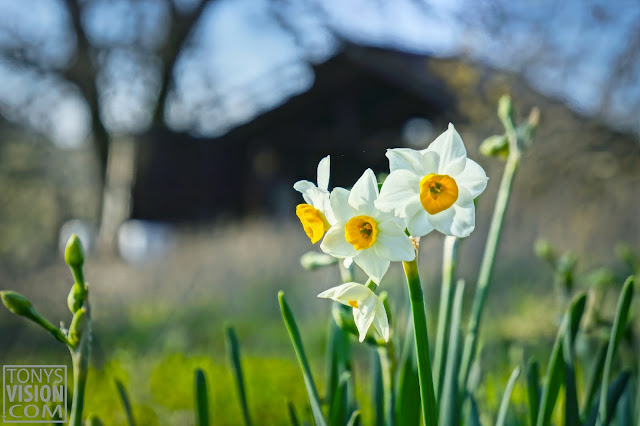 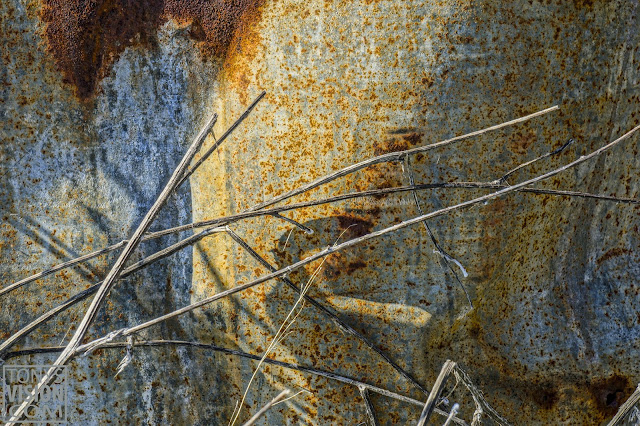 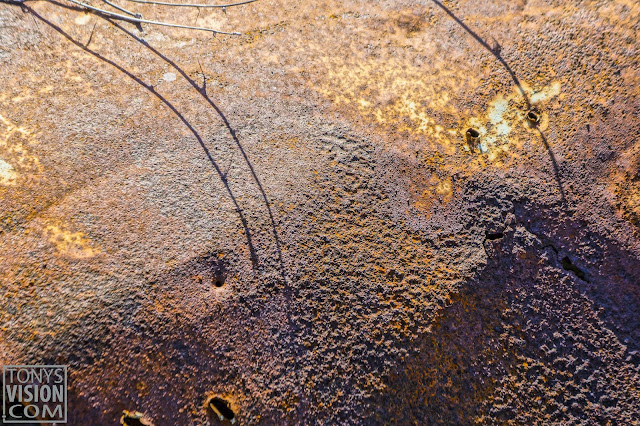 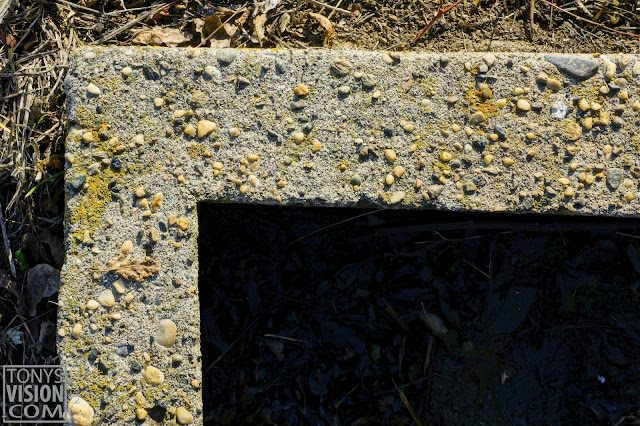 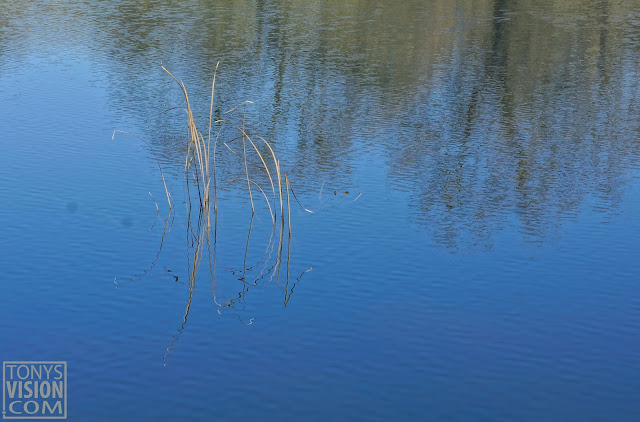 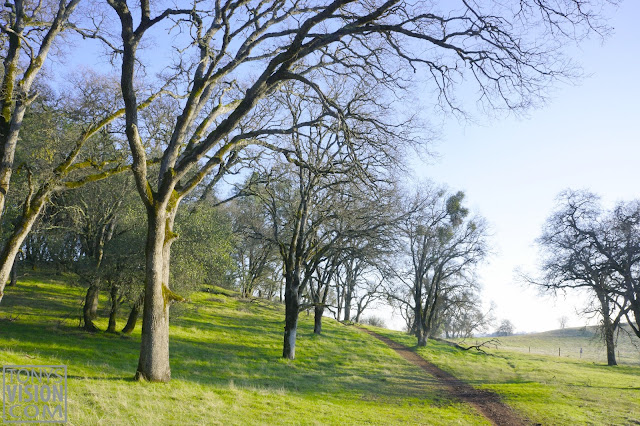 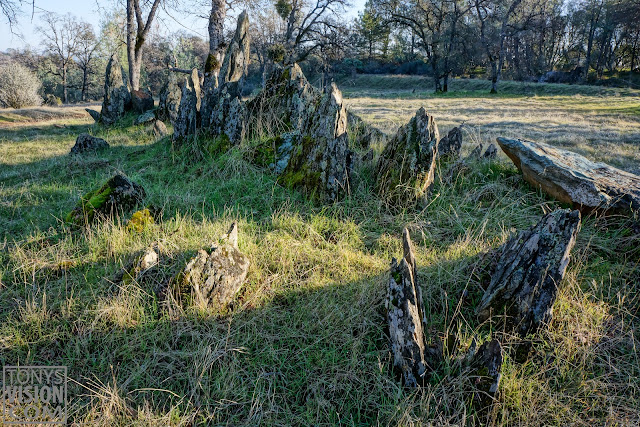 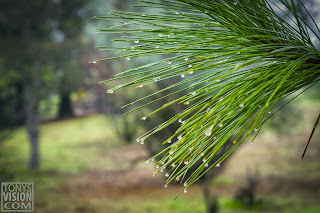 Rain in and out. But gotta try my new pedometer. I sprung for it because I thought it would get me walking. It worked. I plugged in an audiobook and headed out into the wilderness of our community. Two and a half miles counts as a hike if I say so. And there are the hazards of walking on a road with traffic - I swear I saw two cars. And then possibly needing to duck balls while traversing the golf course. And always the possibility of encountering wild creatures on those "wilderness" trails behind the back yards.


Well, I did hear a dog bark once - sounded like a big one. 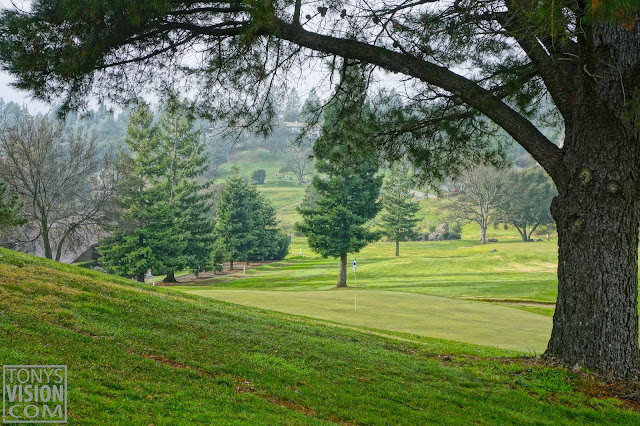 Does a round on the links count as a hike? It does if I say it does ... 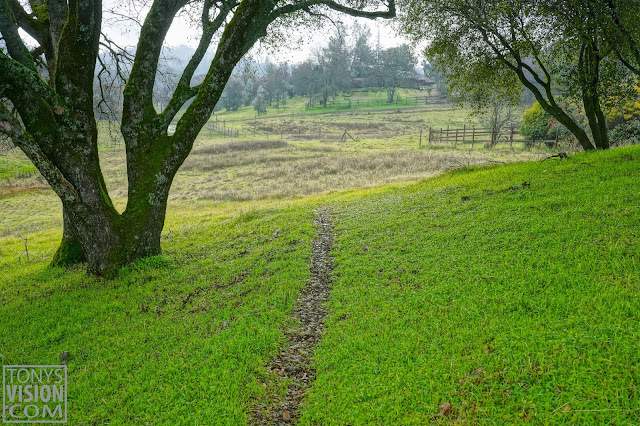 I plunge into the wilderness ... 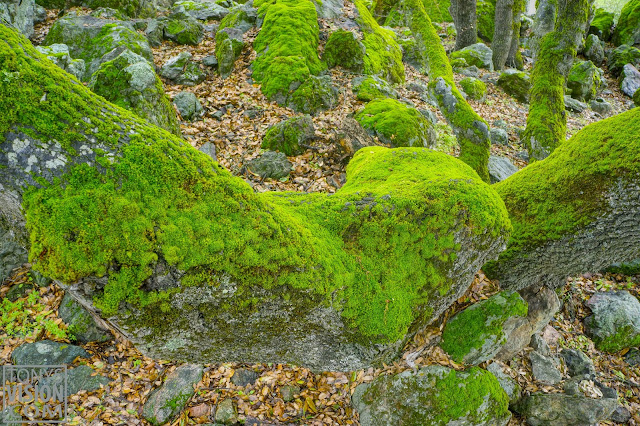 I know Robin and his Merry Men were hiding behind these oaks and boulders ... 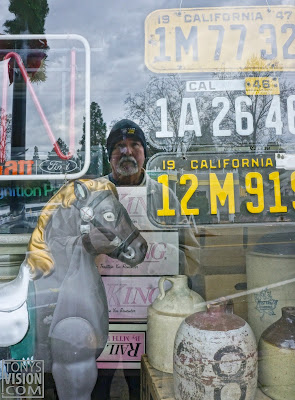 When the freeways got blasted and bulldozed through the gold rush era towns of Northern California the results were generally not pretty. Lovely stone, brick and gingerbread structures, together with century-old trees, were wiped out, and communities divided. Grass Valley, Nevada City, and Auburn were all victims of degrees of devastation when the quiet strips of tree-shaded, two-lane asphalt or concrete were replaced by four lanes of efficiently routed freeways and their interchanges.

Auburn has recovered and adapted well, though. The I-80 freeway left the 19th-century section, known as "Old Town", relatively intact, and did not separate it from the the newer business district, known as "Downtown Auburn", that extended in the 1930's through 1950's to the east along the Lincoln Highway (US 40). In fact, the freeway did a positive thing by isolating and protecting Old Town and Downtown from the commercial sprawl that developed on the north side of the freeway beginning in the 1950's. The Auburn of strip malls, auto dealerships and fast food along the Grass Valley Highway is well walled off by the concrete and roar of I-80 from the gentler, pedestrian-friendly,older sections. Civic improvements recently have enhanced the pleasure of strolling both Old Town and Downtown.

And so, when looking to get a bit of a walk along with some errands in Downtown yesterday I parked instead in Old Town, which was well crowded with strollers, and its many restaurants busy despite the gray and wintery day.

In the Sierra Foothills of northern California you can expect the terrain to slope generally from east to west, thus Old Town is much lower than Downtown. In picking my parking spot I had slyly recognized that while I would be huffing and puffing up hills to my errands in Downtown, the return trip would be a breeze.

And so it was. It was a treat to get out, despite the lack of sun, and I entertained myself along the way by taking self portraits via reflections in shop windows. 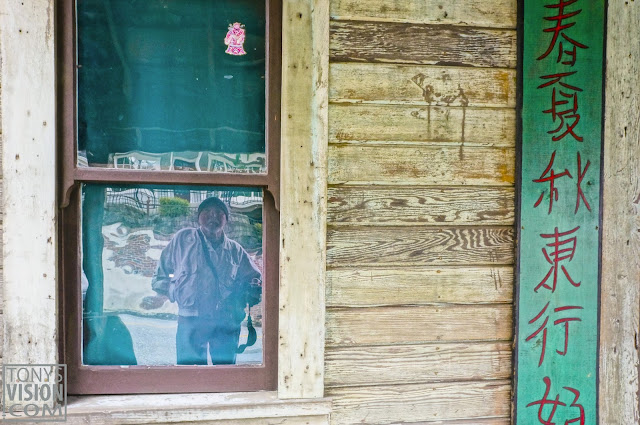 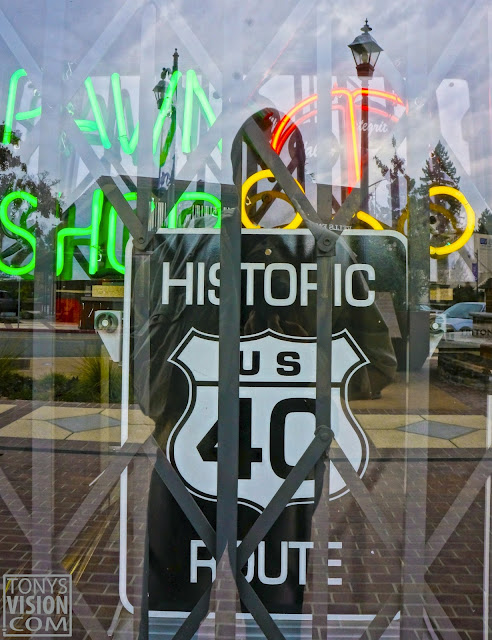 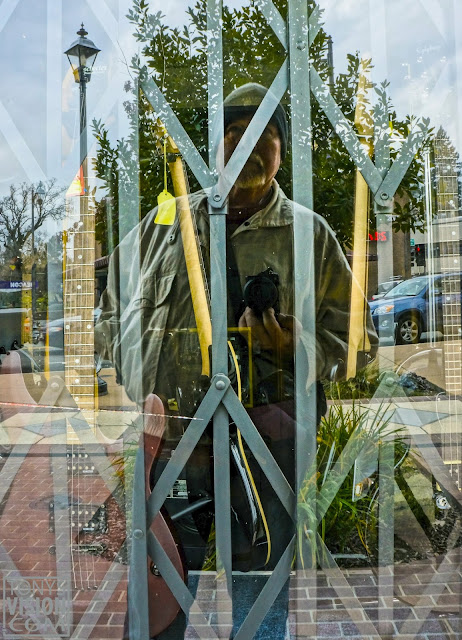 Posted by TonysVision at 3:23 PM No comments: