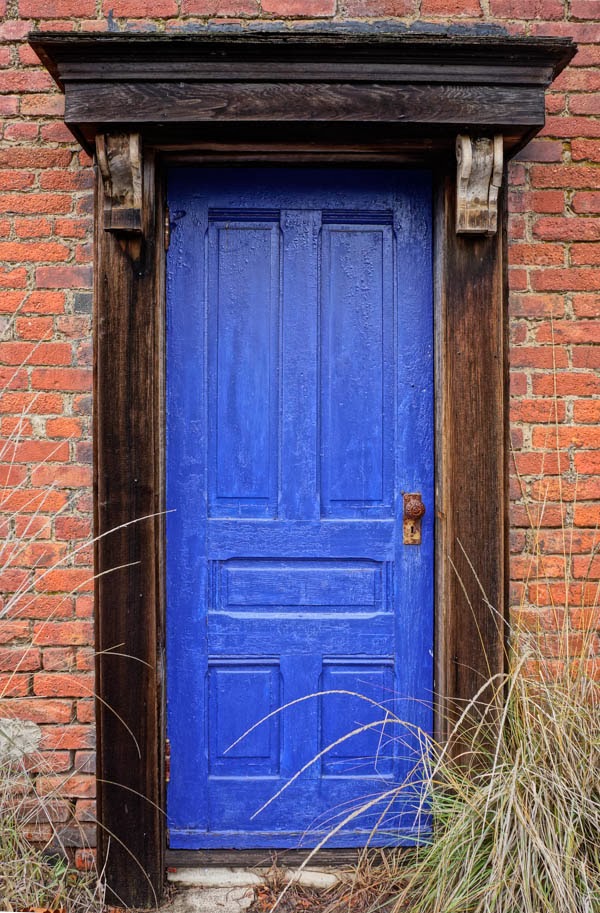 My photographic soul is firmly influenced by the lovely and pure tones of work by Ansel Adams, Edward Weston, and Sebastião Salgado. So when I succumb to a little devil whispering in my ear to pump things up beyond "pure" photography, I feel a bit naughty.

I never messed with tone and color in the film, darkroom, and wet chemistry days. It was challenge enough to expose and process to get that sweet range of gray scale tones with black and white film, and keep the temperature and strength of color processing chemistry just right.

But digital temps one to play. Post-processing sliders and presets in tools like Lightroom make it easy to try out effects beyond the norm. In-camera tools, like the Sony Nex-7 Picture Effects are also fun to experiment with.

So today while Hilda explored the used book store in Point Reyes Station, I explored the main and side streets of town, pumping up what otherwise would have been quite flat and lifeless images on a gray overcast day.

The Nex-7 provides a Picture Effect called "HDR Painting", which builds an HDR image from three photos taken in quick succession, then pumps that image up by enhancing detail and warmth. Pretty sophisticated math is going on during the few seconds the camera takes to process each image. Totally letting go, I took a couple of those over-the-top images and further pumped them up with added saturation and contrast presets in Lightroom.

I like to think Ansel would smile rather than cringe at the results. 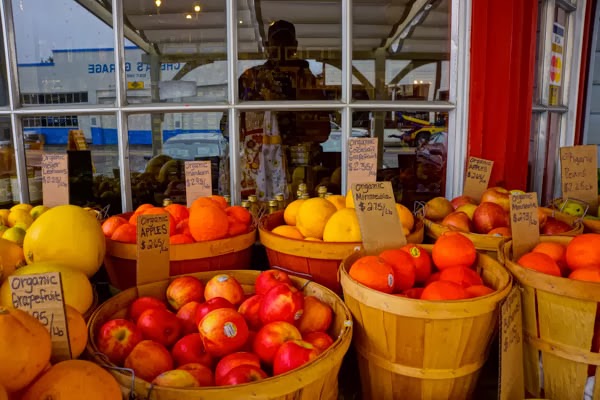 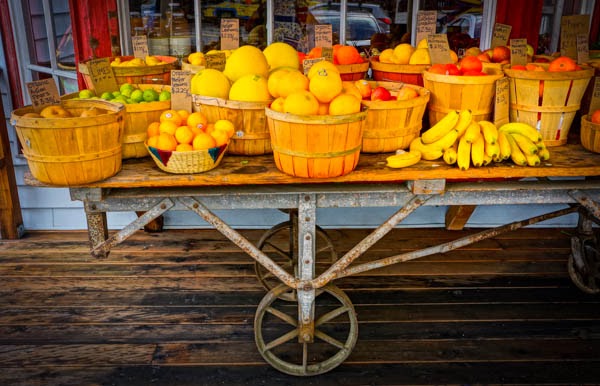 Winter in Northern California is normally a time of cool, restoring rains. But accustomed this winter to unseasonably warm and dry weather, Hilda and I saw no reason why the fine days should not continue for the week of trailer camping we had planned. We would spend that week at Olema Campground, a favorite spot of ours for several decades. It lies at the south end of Tomales Bay, north of San Francisco. To the west is Point Reyes National Seashore with miles-long ocean beaches, hiking trails, and paddling opportunities such as Drakes Estero, a tidal estuary opening onto Drake's Bay.

It was a planned weekend paddling meetup at Drake's Estero that drew us here. The rest of the week we would spend exploring old haunts, paddling on our own, and just being away from the to-do list. There was something in the weather forecast about sprinkles on the Saturday, but in the midst of a historic drought it was hard to imagine rain.

The rain began Wednesday night, continued through Thursday, Thursday night ... by Saturday we had forgotten kayaking plans and drifted into a pleasant milieu of reading, napping, eating, napping - completely delightful and then ... but let me tell the tale through some of my journal entries ... 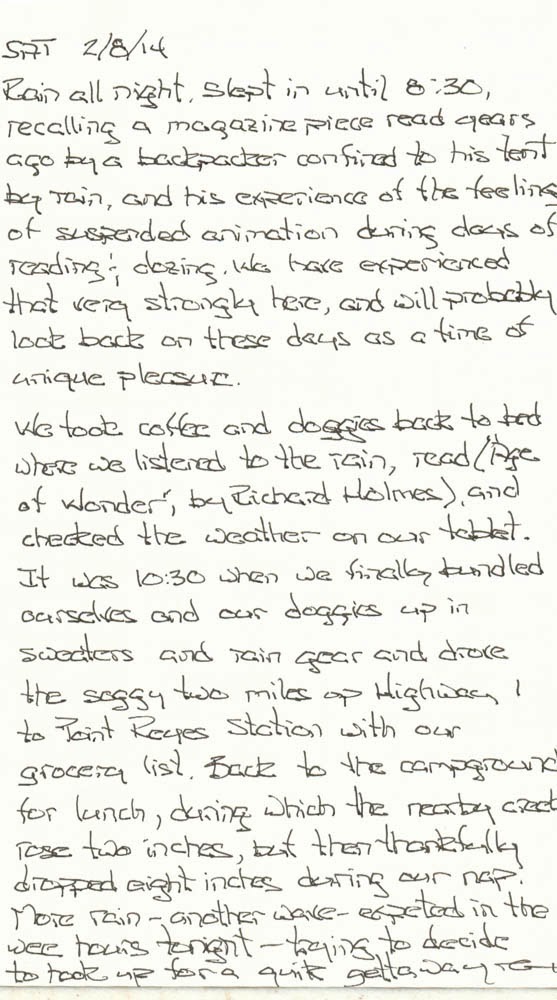 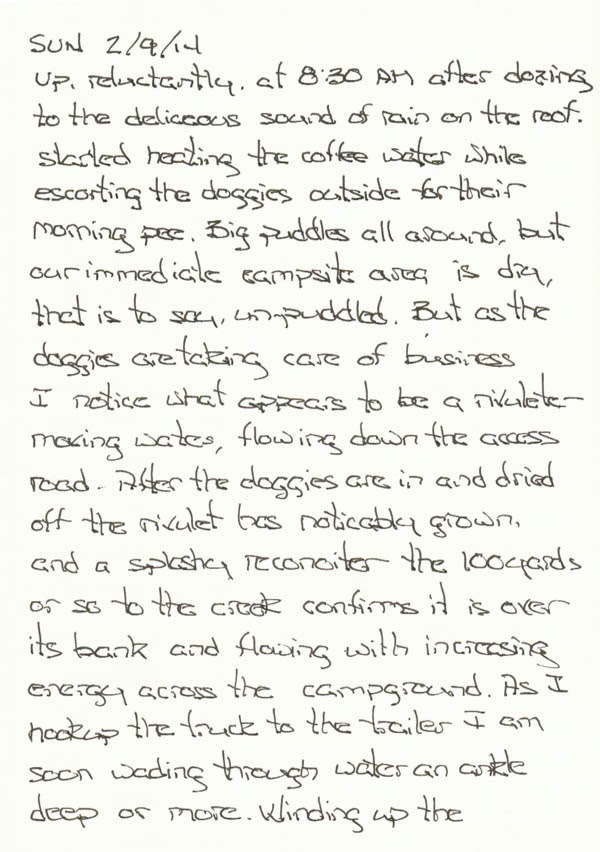 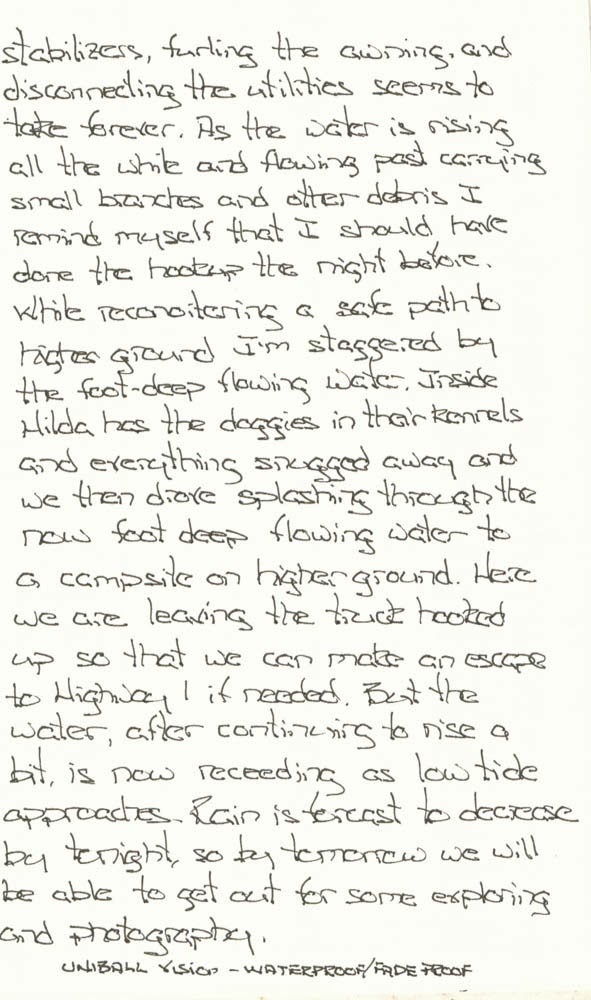