It's All About The Journey 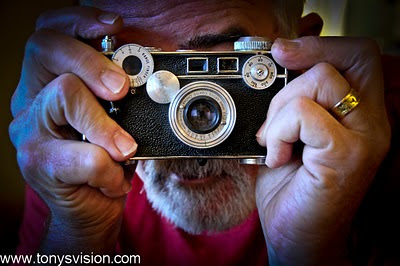 Collecting vintage camera gear is a great way to re-trace your own photographic history. It helps to be at least 50 years old. This puts your experience at least back in the day of some fine film cameras. Even better if you are 70. In that case, your first experience with a 35mm might have been when your Dad handed over his Argus C-3, like mine did, when I was a sophomore in high school.
Yes, I know it's all about the image, but you have to admit that tools have their influence. The Argus, like all 35mm camera's at that time, was a rangefinder camera. To frame and compose, you peered through a viewfinder that presented you with a view of that part of the world that would be captured on the film. A couple of other windows on the front of the camera, with the help of a couple of mirrors, superimposed a bit of two views. Lining up the two images (in the case of the C-3, by turning that big wheel with the distance markings on it) focused the lens at the proper distance. As you learned to use the camera, you realized that getting the focus right on was important, especially when up fairly close, as for a head-and-shoulders portrait, and especially when using a large aperture (small f-number).

But since you didn't actually see a real representation of the image that would land on the film, you couldn't visualize through the viewfinder what was going to be in focus versus what was not, i.e., the depth-of-field. So when, thanks to my high school camera club advisor, I got my hands on the Exakta series of cameras, the first single-lens-reflexes (SLRs), I was enthralled with the ground-glass image transmitted right through the lens via a mirror and prism. Seeing those shimmering, out-of-focus highlights had a great effect on my photographic vision.

So, yes, I know that the image is what counts, but the tools have a large influence on it. Perhaps that is why I am enjoying this current obsession of collecting some of the hardware milestones from my photographic journey. Or perhaps, as my wife explains her love of jewelry, which had heretofore been incomprehensible to me; "It just makes me feel happy". OK - I get it.

A Note on Kodachrome 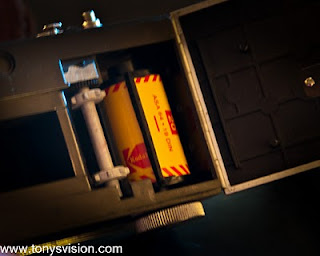 This belongs here because the camera above arrived with an exposed roll of Kodachrome just a few days after the last photo lab stopped processing that film. The images on the roll, which might have told a bit about the history of this camera and its owner, will thus remain never to be seen. (note to self - are the digital images I am making now be visible to my family in 30 years? Ten?).
When I first photographed with Kodachrome, that would be about 1955, the film speed was 12. There's technology that will affect your realized vision!