Despite a good night’s sleep after Eric’s fine dinner and a relaxing evening, both of us scribbling in our journals, I woke a bit anxious. What to do in a remote desert campground with a failing tire on the trailer. And how would it affect our limited time here? We must deal with the tire before anything else lest it be hanging over our heads. Would the truck jack lift the 4-ton trailer? And where the heck is the truck jack, anyhow? Oh, and will there be any air in the spare – the last time it was checked was when we bought a new set of tires for the trailer? Finally I told myself, “You are not alone”. That affirmation eased my troubled mind, and I was able to enjoy breakfast sitting next to Eric in a spot he’d picked where the sun just balanced the cool air, and we had a good view down the valley we’d driven up the evening before.

There are good reasons for why I am a bit of a hand-wringer. A bent toward deferred maintenance and less than complete preparation for contingencies are a couple. Loose lug nuts and bits of the hitch falling off had brought Hilda and I within a hairsbreadth of catastrophe in the past. Although I learned from each event, what’s going to happen next? The fact is, without Eric’s having agreed to join me on this adventure, my anxieties at the thought of leaving the security of home would likely have totally nixed the plan before I would have begun even deciding on photo gear to take.

So, sitting in the pleasant sunlight and influenced by Eric’s calmness, we made a plan to leave the trailer in the campground, hump the flaccid trailer spare into the back of the truck, and head into town and see if we could scare up a compressor. We rolled into a sweet little town that was dead quiet. No one outside, no curtains slipping back into place after curious peeks. There were several nice homes scattered around, but few vehicles. It was as if the town was on vacation. So we poked around with our cameras enjoying arranging texture and color through our viewfinders. As with the old mine buildings in Tonopah, those textures together with my long experience of dabbling black and white prints through trays of darkroom chemicals led me to envisioning many of the images in shades of gray. I was soon “in flow” – that delightful experience of being transported into one’s own timeless space of creativity. I’d brought along my binder filled with a dozen or so of silver gelatin (i.e., “black and white”) prints from the negatives I had made in Belmont and its Central Nevada environs back in 1968 and 1969, so for a while I was quiet lost in wandering the quiet town identifying the buildings, or lack of them, which I had photographed back then. Many were still standing, and in the case of the two-story courthouse with its cupola, actually in better shape than it had been nearly 50 years ago. Unfortunately, the lovely Cosmopolitan Hotel had crumbled into a heap of warped and weathered lumber some time ago. Already teetering, it finally disintegrated with the help of some yahoos with a cable, truck, and no brains. 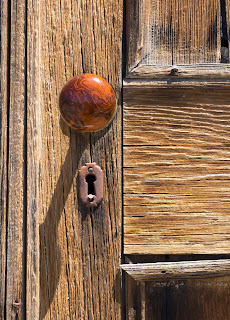 At some point a barking dog broke into my consciousness when it roused itself to come from under a mobile home trying to play the role of a dependable protector, but blowing it with wagging tale and an eagerness to have its ears scratched. A woman emerged from the big shiny fifth wheel in a bathrobe, who admitted to having an air compressor when queried after a moment of polite explanation. Great. We said would come back with the tire after poking around town a bit. And giving her time to adjust herself for a further social encounter.

Diane, or “Puggie”, turned out to be a pleasant-looking and energetic woman in bright red T-shirt and jeans in the mid-thirties who has owned and operated the bar adjacent to her home for the last half dozen years or so. The bar, officially Dirty Dick’s Belmont Saloon, is the only enterprise in town with more or less regular hours. Inasmuch as we ended up visiting the bar for three nights in a row doing research, more will be written about it and its inhabitants – actually a whole section of this blog series – in the near future.

While the black binder of old photographs was nice to have for comparing and reminding me of the places I’d photographed those decades ago, it actually got thrown in along the several maps and guidebooks in the expectation that it might serve as an icebreaker as we met people along the way, and that I might learn a bit more about the places photographed. It succeeded on both counts well beyond my imagining, beginning with Puggie, who after thumbing through it said we should bring it to the bar that evening, as there would likely be some old-timers who would like to see it.

So off we went, happy and pleased with our encounter with Belmont, and looking forward to a day of exploration of the two mills outside of town, and an area called “White Rock”, that Puggie recommended we see. “You can’t miss it,” she said. 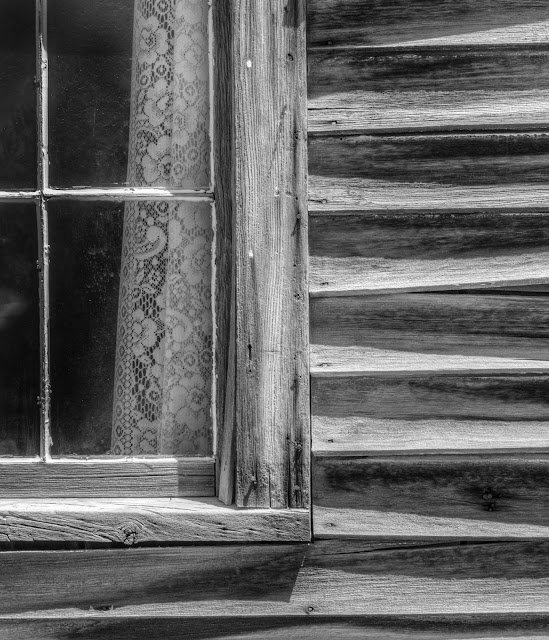 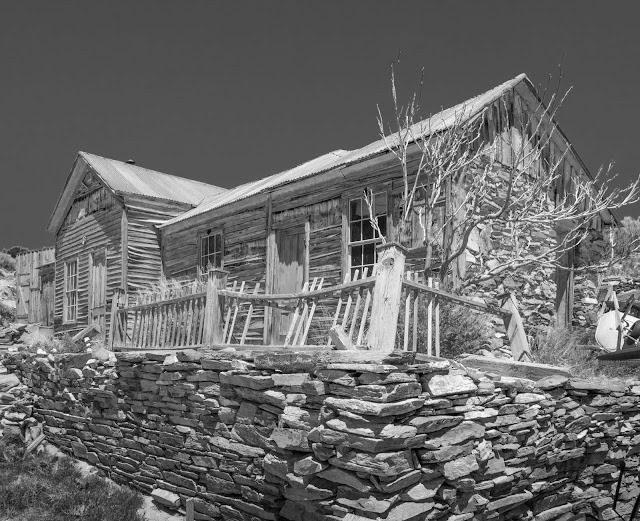 How to get there and services

Belmont is about 47 miles northeast of Tonopah. Follow Hwy 6 east from Tonopah for about 5 miles and turn north on Hwy 376, a paved road. After about 13 miles turn right onto Hwy 82 and follow it for about 27 miles into Belmont. Although Hwy 82 is paved, when we traveled it in May 2017 there were some serious potholes which may have led to the demise of the front right tire on our trailer. We took it much slower on the way out, and still had trouble dodging them all.

At the time of our visit the only services were the bar and the campground. I believe courthouse tours are available seasonally on weekends, and there appeared to be a gift/antique/junk shop that would be open seasonally. The campground has well-maintained pit toilets and no water or other services. It is located in a lovely forested setting southwest of the town. There is a signed turnoff to the left from Hwy 82 about a mile before reaching Belmont.

The semi-paved road ends on the northern outskirts of Belmont, and continues as a gravel road north up beautiful Monitor Valley past cattle ranches, Stonehouse, a former stage stop, and a dramatic hot spring, Diana's Punchbowl. The road was well-graded at the time of our visit, however we still suffered two flat tires. Locals recommend deflating tires somewhat and slowing down to help prevent sharp bits of gravel from penetrating. They also use 10-ply tires, as opposed to the normal 4-ply, carry a portable cigarette lighter compressor, and a plug kit. They also often carry two spares. You are warned!

A Bit of Belmont History

After finding the Wikipedia article disappointingly sparse and out of date, I poked around a bit and found the 1972 form nominating Belmont for listing in the National Register of Historic Places. The nomination was submitted by the University of Nevada's Desert Research Institute. As my photos of Central Nevada were exhibited in the DRI lobby at that time, I would like to think that perhaps they had some influence toward initiating the research necessary for the nomination. At any rate, here is a summary of what the application's content.

The town is located within a pinon-juniper forest just below the low pass between Ralston and Monitor Valleys. Abundant spring water and the presence of pine nut trees make it a probable prehistoric habitation site. Historically, native Americans from neighboring valleys gather via horseback to participate in rabbit drives and festivals, and a Shoshone population lived among the Europeans in Belmont.

The mining town was settled as a result of a silver strike in 1865, and soon grew to a population of 2,000. The town became the county seat in 1867, by which time it had become an important mining and milling center as well as a trading center for settlements within a radius of 100 miles. By 1868 it was the most flourishing town in eastern Nevada.

After a decline of a few years as ore played out, new discoveries in 1873 resulted in another temporary boom. in 1874 the town included 3 miles of streets, and wood and stone sidewalks shaded by maples, locusts, and balm-of-Gilead trees, and many substantial brick and stone buildings. The town contained four stores, two saloons, five restaurants, a livery stable, post office, assay office, bank, school, assay office, two newspapers, and a blacksmith shop. By 1887 most of the mines had shut down, and business and population declined. In 1905 the county seat was moved to Tonopah, following a new wave of silver discovery. The last mining activity was in 1907-1908 when tailings were reworked during the WWI years via the Highbridge Mill.

At the time of the application in 1972 the significant structures noted were the Monitor-Belmont and Combination Mills, the courthouse, and the Cosmopolitan hotel. The most significant structures of the mills were the smokestasks, fifty to sixty feet high. The Cosmopolitan, built on Main Street in 1870, was used as a saloon and a music hall. (unfortunately, as described above, the Cosmopolitan has since completely collapsed). The courthouse was described as being in fairly good condition, although all of the interior furnishing and the windows and frames had been removed. The prime threat to the structure was said to be the market for used brick.
Posted by TonysVision at 11:16 AM