A couple of weeks ago I took a chance and submitted a bid based on a blurry eBay ad and a hunch. The thinking was a) I "need" a Corona flat top, b) the poor presentation might inhibit other (smarter) bidders, and c) it's just fun sometimes to let it all out and throw down a few bucks on the whirl of the eBay roulette wheel. 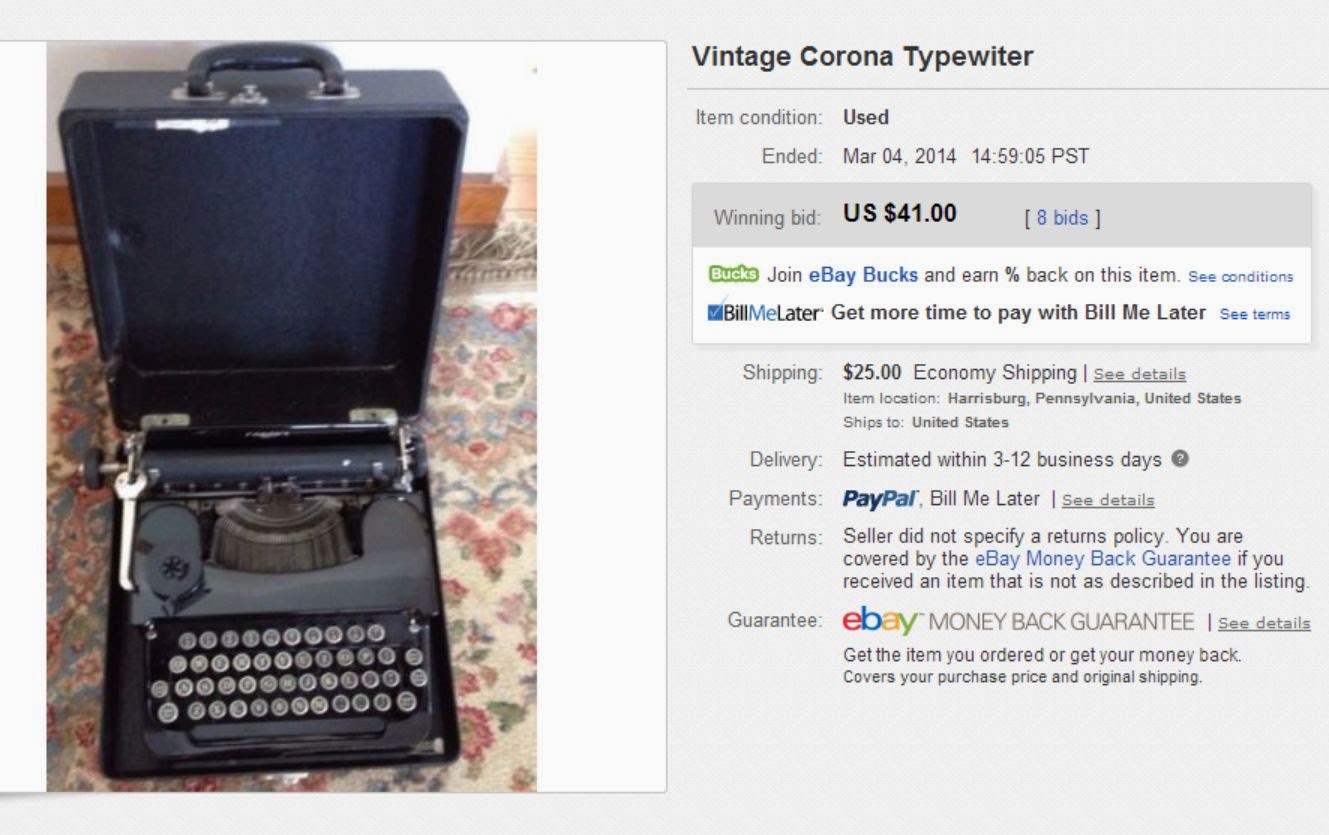 The tidy package arrived yesterday unscathed by its trip from Pennsylvania, and I whipped out my box knife with anticipatory thrill. Anxiously I unwound a few layers of bubble wrap from what turned out to be a pristine case with ("What the heck is that?!) a knob poking from a curved slot in the case.

Inside a nearly unscathed 1936 Corona Standard flat top, from the second year of production ... 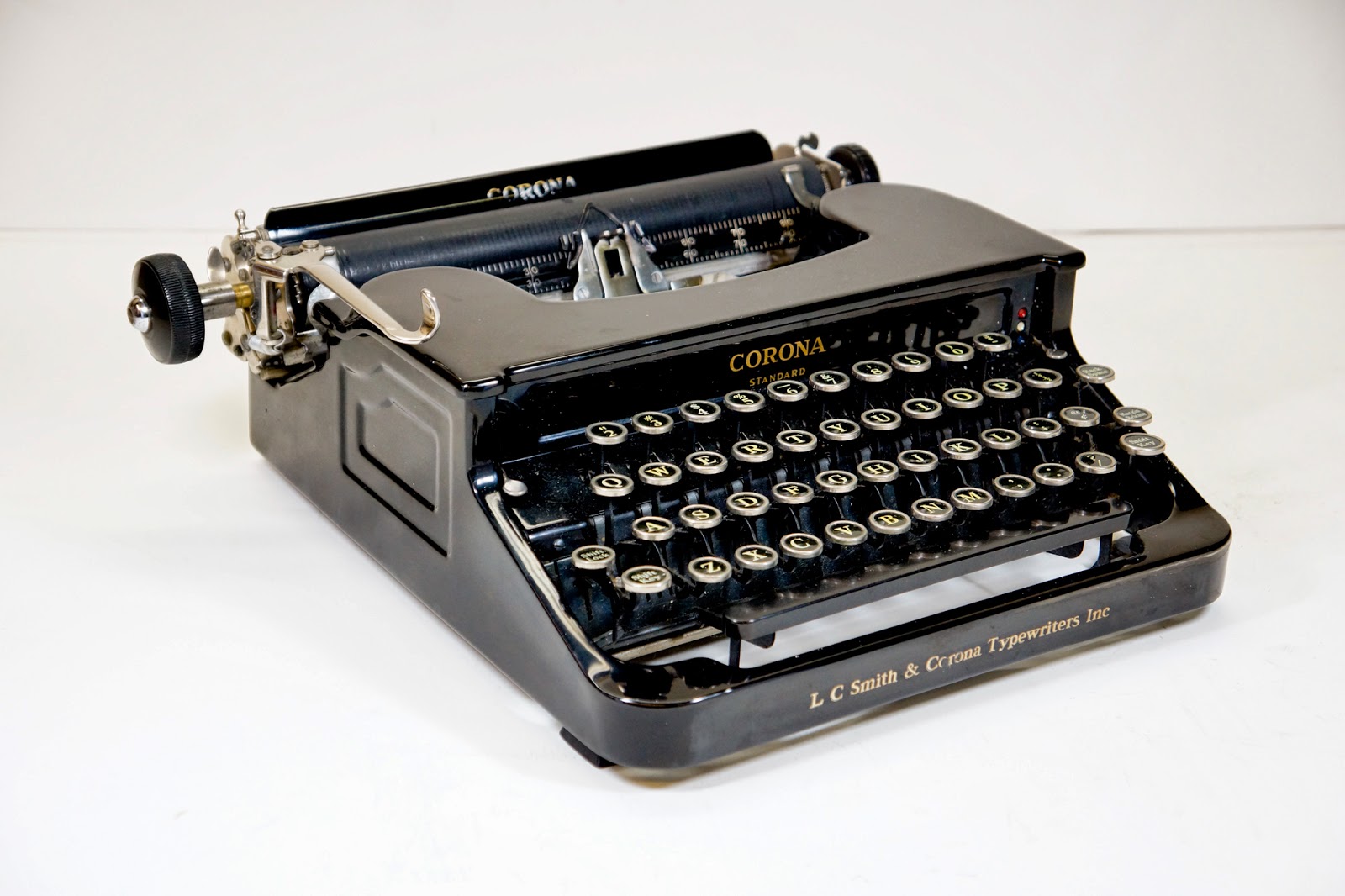 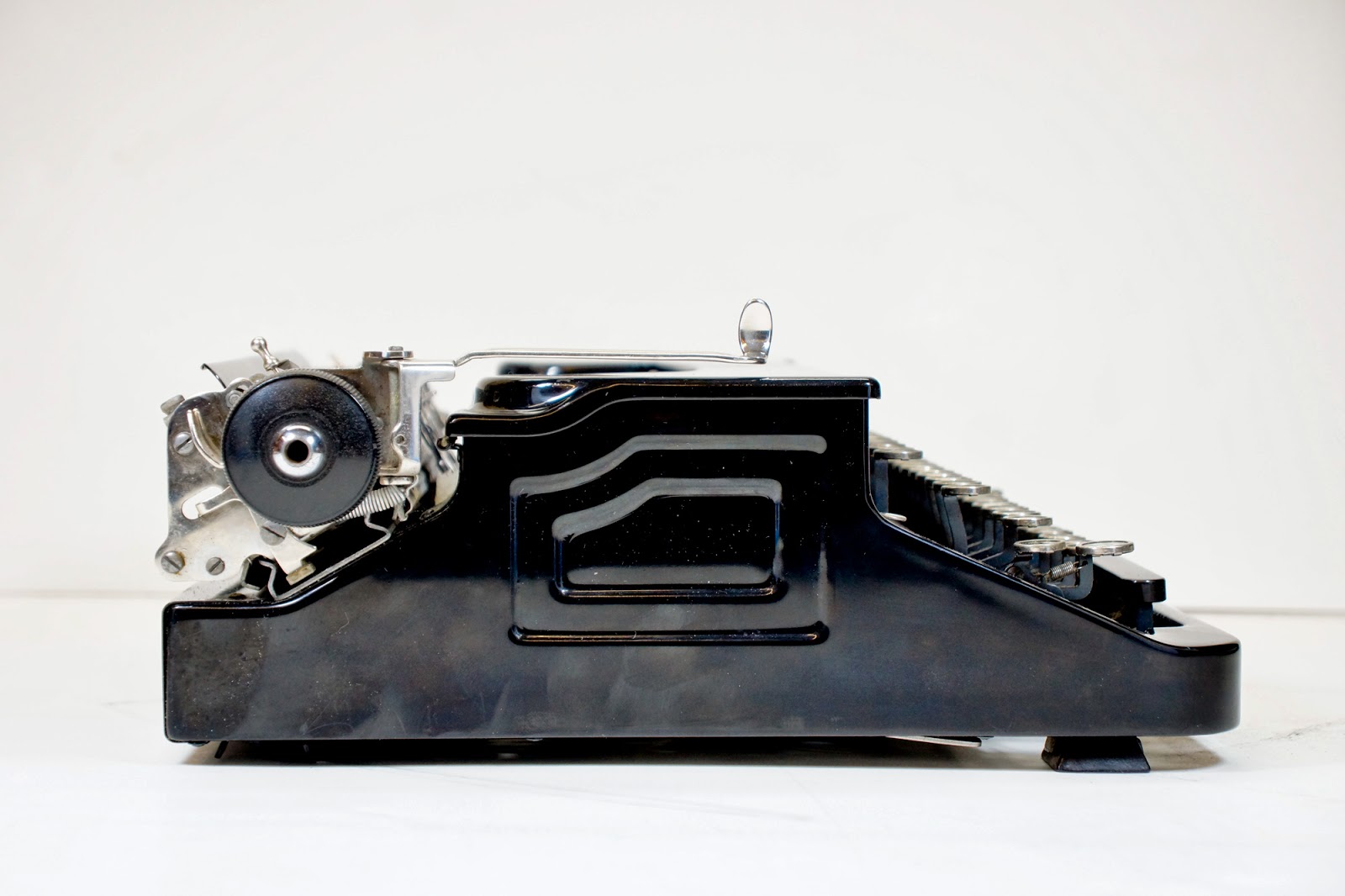 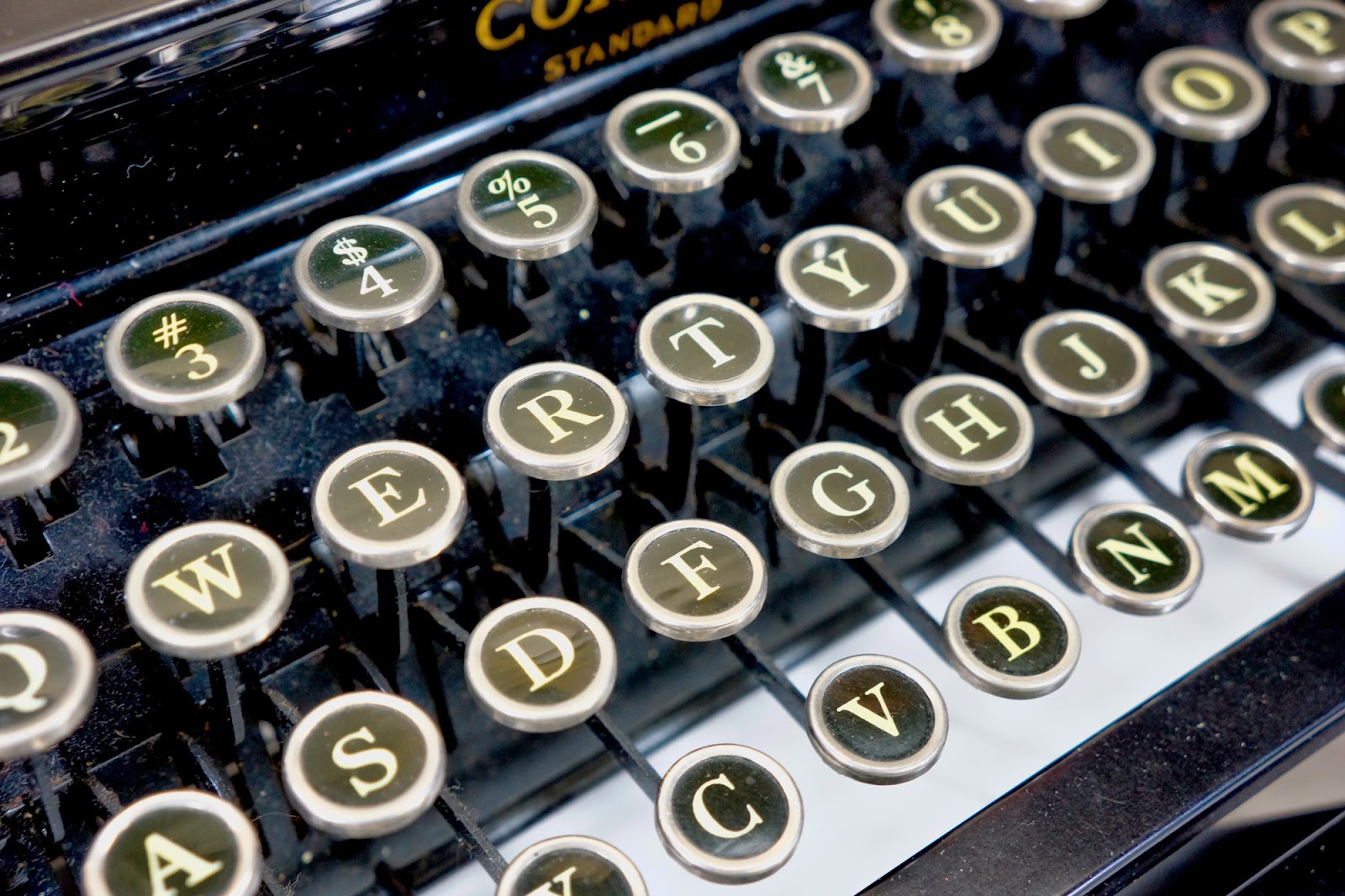 ... and those marks it does have represent the patina of years of careful use; the decal on the paper table worn by the passage of many sheets of paper and the wear spot on the front of the frame where someone's right palm had naturally rubbed while hitting the space bar.

Other than the detached carriage cord, everything seems to work, albeit with the hesitancy of decades of slumber. I'm looking forward to waking it up this weekend.

Stand by for my first flat top typecast.

Posted by TonysVision at 9:06 AM 10 comments: Links to this post 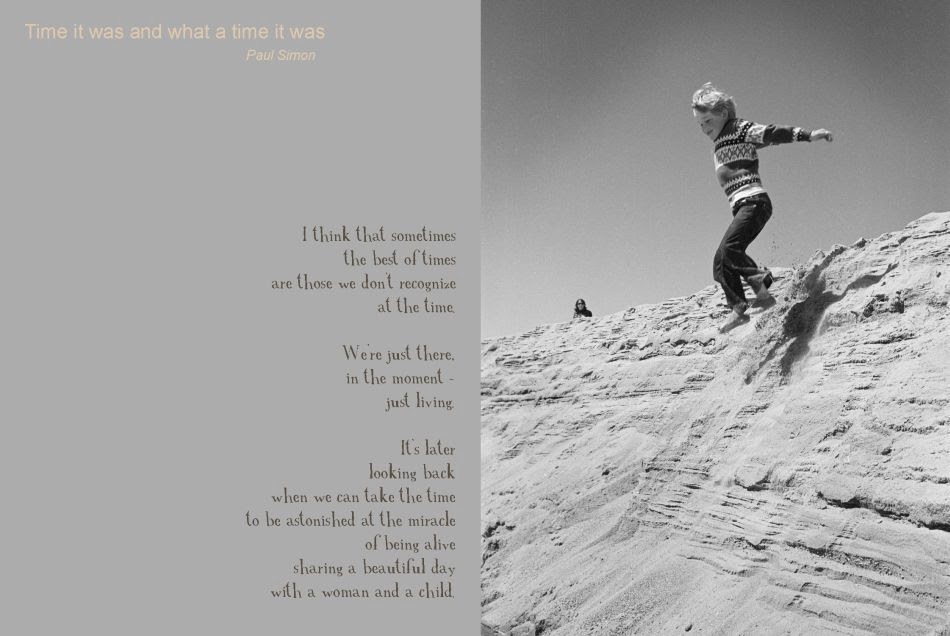 Posted by TonysVision at 11:41 PM 6 comments: Links to this post